I've been playing video games all my life. Here are all the consoles that I can think of that I have laying around my house. (Most of them are stored away.)

I also use my main PC for emulation of most of the above as well as arcade games in programs like MAME and DAPHNE. Emulation lets me play the old stuff without dragging out my old hardware or software.

For a long time I used a PS2 controller with a USB adapter hooked up to my PC, but recently I got USB clones of the original NES and SNES controllers. I've also got the 15th anniversary Street Fighter arcade stick, but I haven't taken that out of the box in a long time. I'm thinking about getting a Hori stick for arcade emulation/fighting games. 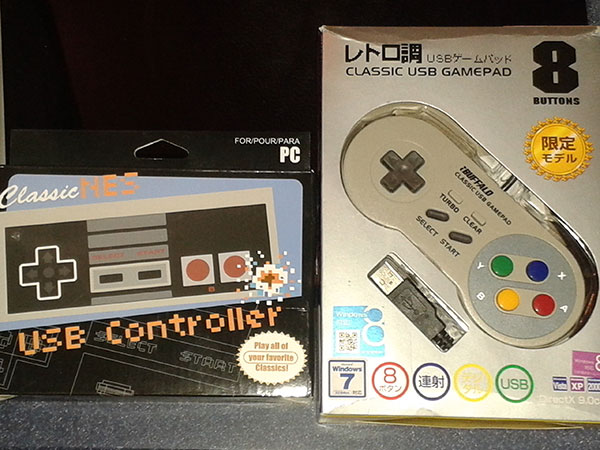 As far as other gaming stuff that I've owned but no longer have, growing up I had a Commodore 128 computer with a bunch of games, as well as Intellivision. I never did own an Atari.

As nerdy as it sounds, I've got a ton of video game soundtracks queued up in my Foobar2000 playlists. I find it easier to listen to that stuff when working or just browsing than the other stuff I listen to like metal. (That just makes me want to quit what I'm doing and pick up one of my guitars.)